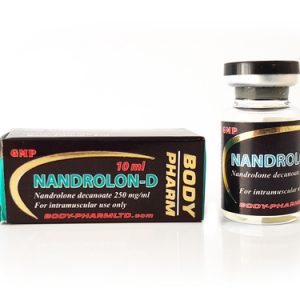 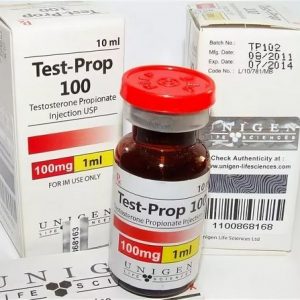 Winstrol and Stanozolol are the most widely recognized trade name for the drug stanozolol. Stanozolol is a derivative of dihydrotestosterone, chemically altered so that the hormones anabolic (tissue-building) properties are greatly amplified and its androgenic activity minimized. Stanozolol is classified as an anabolic steroid, and exhibits one of the strongest dissociations of anabolic to androgenic effect among commercially available agents. lt also cannot be aromatized into estrogens. Stanozolol is the second most widely used oral steroid, succeeded in popularity only by methandrostenolone, lt is favored for its ability to promote muscle growth without water-retention, making it highly valued by dieting bodybuilders and competitive athletes. Structural Characteristics Stanozolol is a modified form of dihydrotestosterone. It differs by: 1) the addition of a methyl group at carbon 17-alpha to protect the hormone during oral administration and 2) the attachment of a pyrazol group to the A-ring, replacing the normal 3-keto group (this gives stanozolol the chemical classification of a heterocyclic steroid). When viewed in the light of 17-alpha methyldihydrotestosterone, the A-ring modification on stanozolol seems to considerably increase its anabolic strength while reducing its relative androgenicity. Stanozolol has a much weaker relative binding affinity for the androgen receptor than testosterone or dihydrotestosterone. At the same time it displays a. much longer half-life and lower affinity for serum binding proteins in comparison. These features (among others) allow stanozolol to be a very potent anabolic steroid in spite of a weaker affinity for receptor binding. Recent studies have additionally confirmed that its primary mode if action involves interaction with the cellular androgen receptor. Although not fully elucidated, stanozolol may have additional (some potentially unique) properties with regard to antagonism of the progesterone receptor Low Affinity Glucocorticoid-binding Site interaction, and AR/PR/GR independent activities.

ln therapeutic doses stanozolol does not have significant progestational activlty. Dosage Recommanded Studies have shown that taking an oral anabolic steroid with food may decrease its bioavailability. This is caused by the fat—soluble nature of steroid hormones, which can allow some of the drug to dissolve with undigested dietary fat, reducing its absorption from the gastrointestinal tract. For maximum utilization, oral forms of stanozolol should be taken on an empty stomach. There can be large discrepancies in the steroid particle size between injectable stanozolol preparations. For example, Winstrol from Zambon (Spain) was designed for human use, and uses a renned powder that will pass through a 27-gauge needle. Winstrol-V is a veterinary product in the U.S. and Canada, and has larger particles that will jam in needles smaller than 22-gauge. Solutions that utilize a larger particle size may also cause more discomfort at the site of injection. injectable forms of stanozolol can be taken in measured oral doses should injection prove intolerable. The original prescribing guidelines for Winstrol called for a daily dosage of 6mg, which was administered on a schedule of one 2mg tablet three times per day. The usual dosage for physique- or performance-enhancing purposes is between 15 mg and 25 mg per day, or three to five 5 mg tablets, taken for no longer than 6-8 weeks. injectable Winstrol is generally recommended at a clinical dosage of one 50 mg injection every 2-3 weeks. When used for physique- or performance—enhancing purposes, a dosage of 50 mg every other day is most commonly applied. Veterinary stanozolol preparations with a larger particle size will be more slowly dispersed by the body, and are commonly given at 75 mg every third day. Doses of 50 mg per day with injectable stanozolol are not uncommon, although probably not advised. Note that injectable forms of the drug are expected to have, milligram for milligram, a greater anabolic effect than oral. Stanozolol is often combined with other steroids for a more dramatic result. For example, while bulking one might opt to add in 200-400 mg of a testosterone ester (cypionate, enanthate, or propionate) per week.The result should be a considerable gain in new muscle mass, with a more comfortable level of water and fat retention than if taking a higher dose of testosterone alone. For dieting phases, one might alternately combine stanozolol with a non-aromatizing steroid such as 150 mg per week of a trenbolone ester or 200-300 mg of Primobolan (methenolone enanthate). Such stacks are highly favored for increasing definition and muscularity, An in-between (lean mass gain) might be to add in 200-400 mg of a low estrogenic compound like Deca-Durabolin (nandrolone decanoate) or Equipoise (boldenone undecylenate). Side Effects All anabolic/androgenic steroids when taken in doses sufficient to promote muscle gain are expected to suppress endogenous testosterone production. Stanozolol is no exception, and is noted for its strong influence on the hypothalamic-pituitary-testicular axis. 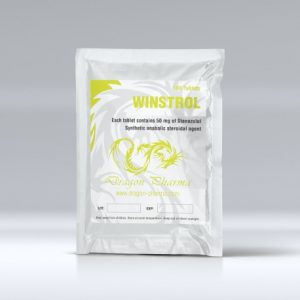